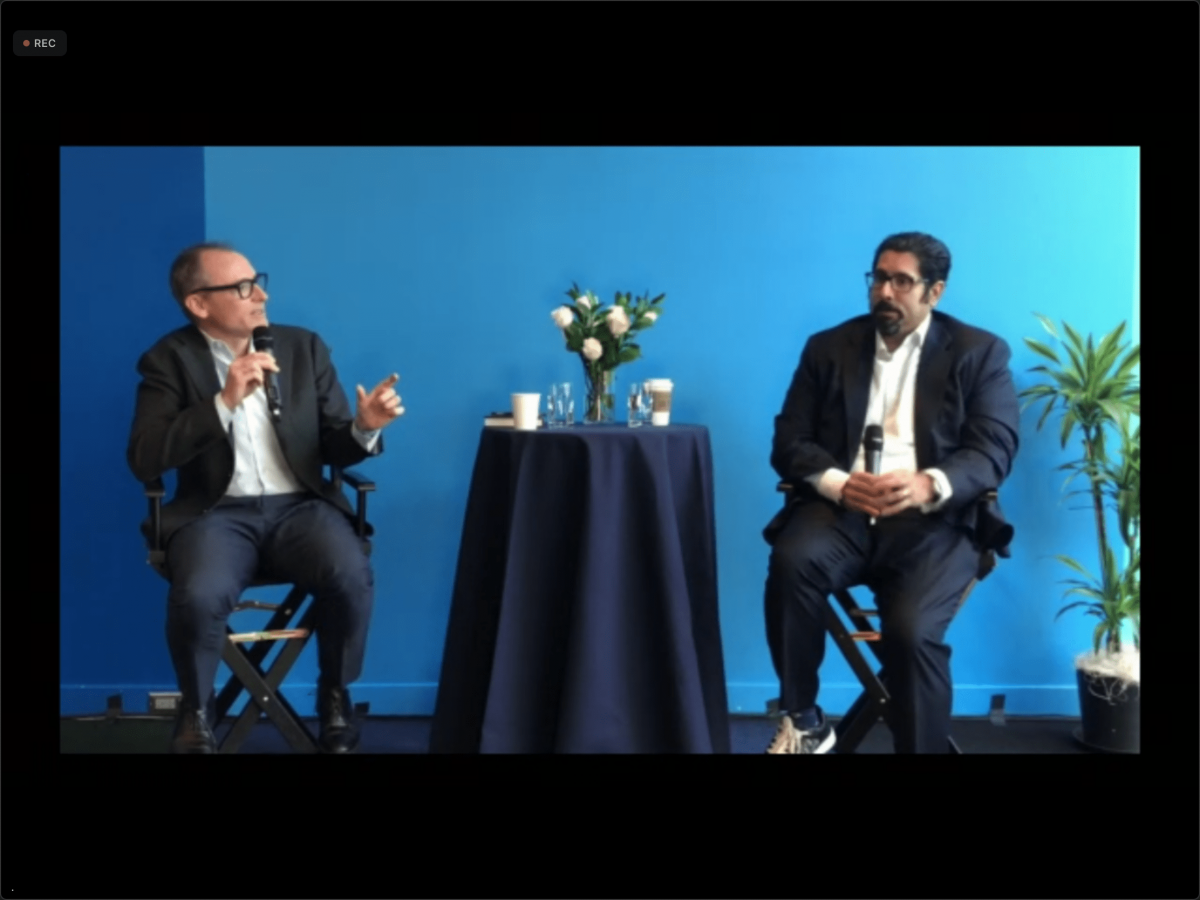 In the early part of the talk, Melwani talked about his own background. Prior to his role at LVMH, he admitted he had not worked in luxury/prestige previously.

On creativity: He talked about his first meeting with Marc Jacobs (the actual person), and being blown away by the creativity he witnessed. He said compared to his previous experience at McKinsey, the creativity at LVMH was off the charts.

On the state of Luxury in North America: More customers are now shopping from home, leading to more access to shopping in smaller markets.

On the organization of LVMH: LVMH is decentralized, focused on Maisons (houses). That’s what makes it work — or it works despite these “inefficiencies”.

Creativity and competition at LVMH: Each Maison competes with each other to drive innovation and creativity. That’s what compensates for “inefficiencies”. From a conglomerate perspective, it would make more sense to consolidate the Maisons. But from a creative perspective, it doesn’t.

Was anything missing from LVMH? The interviewer or someone in the crowd asked if LVMH was missing anything. I don’t recall how this question ended in an answer on cosmetics or skincare, but I learned that LVMH owns Fenty skincare and Fresh. He talked about the wines and spirits division (perhaps in the context of recent acquisitions). And he mentioned that LVMH had acquired hotels and other properties via Belmond.

Personal side note regarding Fenty: Although they may have released 40 shades, and many of those shades don’t sell as well as others, I have had much difficulty finding foundation shades in my skin color — for years. Colors are either too red/orange, too dark, too light…if they exist at all. They recently released a new product, Eaze Drop, a blurring skin tint. It’s extremely popular. My shade, #10, has been out of stock for MONTHS. It seems to me there is some business sense in creating these in-between shades.

In response to a question about NFTs, he mentioned they have joined the Aura Blockchain Consortium, which is a blockchain for luxury brands.

As he correctly mentioned, an NFT is an address on a blockchain.

There is a high-demand for events, and demand for experiences is increasing. But what he’s not sure of is if there will be larger events in big cities, or many smaller events.

Using digital can help spread the experience around, which is kind of the traditional model. But he’s not sure what the model will be in the future, given technical advances and demand, etc.

As I was watching online, I wasn’t able to ask questions directly. The online viewers weren’t encouraged to add questions to the Zoom Q&A. But if I had been given the opportunity to ask questions, I would’ve asked this:

This was a really well-done, live online event. I didn’t get screenshots, but below each presenter were names and titles to describe what they did. It was really professional.

The only downside was sometimes when audience members would stand and ask questions, they sometimes begin speaking before getting the microphone. This happens at almost every event, with audience goers believing that since the people presenting and those around can hear them, the microphone picking up the event can also hear them. It cannot. Thankfully, FIAF corrected this very quickly right after one person began speaking.

I hope they produce more webinars like this again. Part of why I could not attend is because it was at 8:30AM, which is too inconvenient for me to go to and return home in time for work. Also, 8:30AM is pretty early. 🙂

Anyway, it was informative, produced very well, and very worthy of my time. I hope they do more morning series like these.