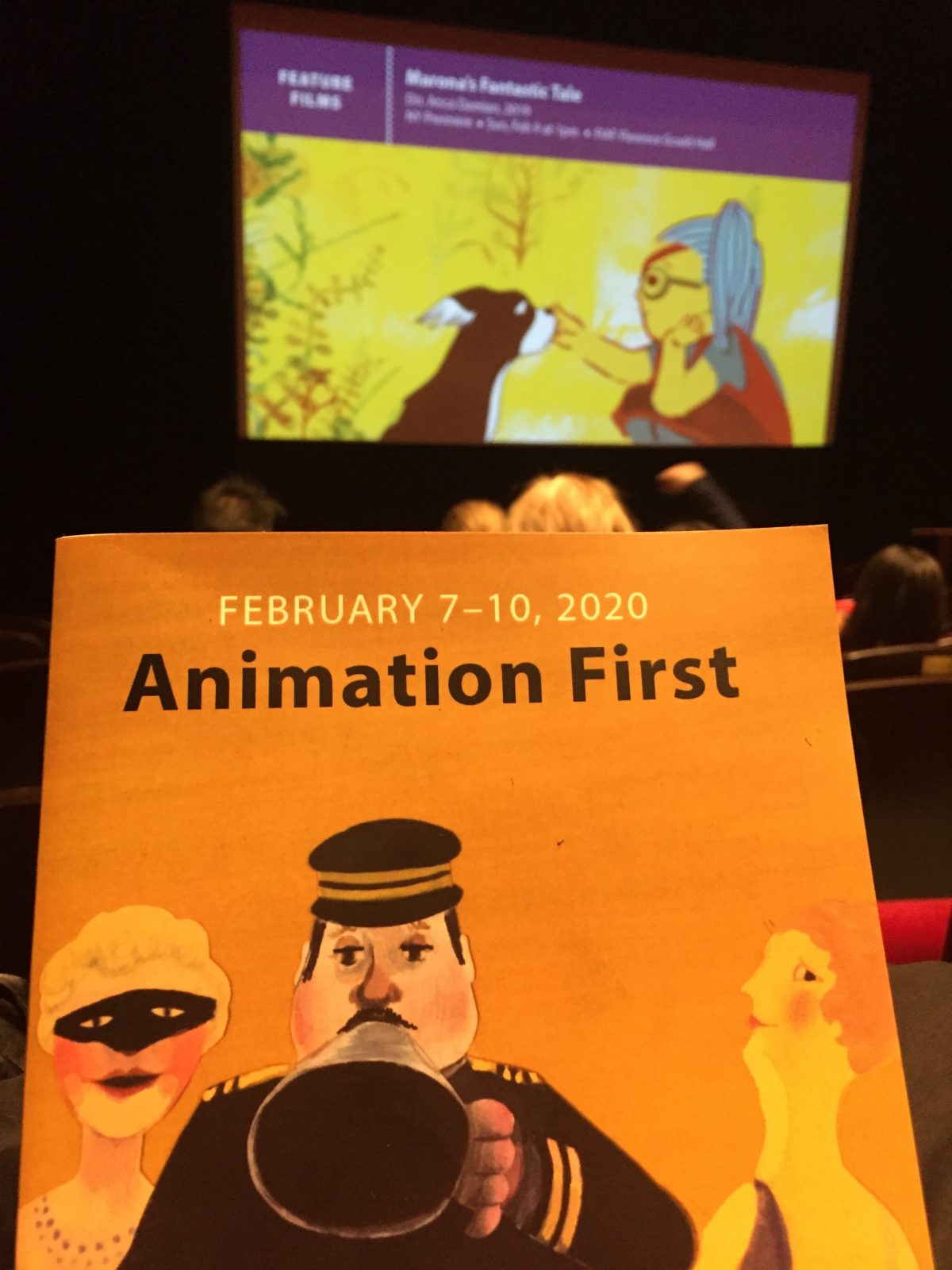 Over the weekend of February 8-9, 2020, I attended the third iteration of Animation First at the French Institute Alliance Française. It was also the third time I’ve attended the event, but looks like the first time I’ve written about it. As with the previous two events, I enjoyed myself and the animations.

Here are a few of my highlights and a few photos at the end.

Louise by the Shore

The feature-length film I watched was Louise by the Shore (2016), by Jean-François Laguionie, the guest of honor. It was a movie about remembering the past and living simply.

I also watched a series of Jean-François Laguionie‘s early animated films, which had been recently restored and digitized. His works were both hand-drawn and stop-motion, such as the example below.

The animation style was relatively rudimentary, compared to today, but the stories were really good. I saw some student works and I’d say one of the key differences came down to telling a good story over technical ability.

The video below needs no translation.

I also attended a panel discussion with Lorenzo Mattotti, who recently directed The Bears’ Famous Invasion of Sicily. He has also been an illustrator for New Yorker magazine for many years and examples of his magazine covers were on display.

After the talk, he signed books. Those lucky people got a sketch from him, right there on the spot. Amazing. 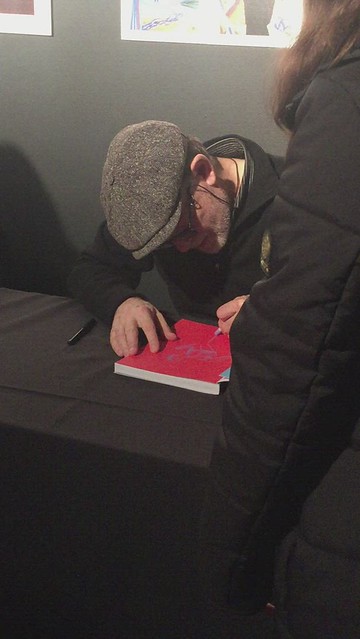 I wanted see the The Swallows of Kabul but it came on right after Louise by the Shore. I didn’t want to sit for back to back films and I wasn’t in the mood for something super heavy. Hopefully it will be released in the US, soon.

A few weeks ago, I attended a few screenings at FIAF, the French Institute-Alliance Francaise. I go to many of their events and I was really excited to attend this one because I love animation. I have been watching French films for years, and I find them refreshingly diverse and smart.

The weekend was a collection of film screenings, including feature-length animations and shorts, as well as talks, an AR gallery, a VR gallery, events for kids, and an opening night party. And the event planners at FIAF ended up adding additional screenings and events.

When I heard about the weekend event, I wrote down a whole list of films I wanted to see. Unfortunately, I only ended up going to a presentation of 3-D short films, followed by a short talk, a feature-length animation, another talk, and I viewed the AR gallery. I also got a free poster.

It may be possible to see some of these films above, but Day of the Crows did not seem to be currently available in the US, which is why I wanted to see it. Here is a French trailer with German subtitles.

I spent time looking for some of the names for short films, so I could try and watch them later. Here are some I found. I cannot remember which list they came from, so they might be a little disjointed.