In Arlan Hamilton’s book, “It’s About Damn Time”, she shares a list of 17 songs that help her feel empowered.

I was recently reading Arlan Hamilton’s book, It’s About Damn Time: How to Turn Being Underestimated Into Your Greatest Advantage. In Chapter 2, Part 6, she included tips she’s found helpful when she’s about to give a speech or a talk. The tips are to help combat imposter syndrome and other normal feelings of insecurity. Her first tip 1 is to listen to songs of empowerment and she shared her list of songs. I decided to write the list down and give the songs a listen, and see if her songs empowered me.

Keep Your Head Up, 2 Pac

All I Have, NF

Somebody Loves You, Betty Who

Well, I don’t know how empowered I feel after this list, but I still think this is a great exercise. I should come up with my own list and see what I can create. It would be nice to have a list to listen to before work or any time I want to feel a little push.

There’s more to be found about Arlan Hamilton, her book, and her venture capital firm, Backstage Capital, at itsaboutdamntime.com. 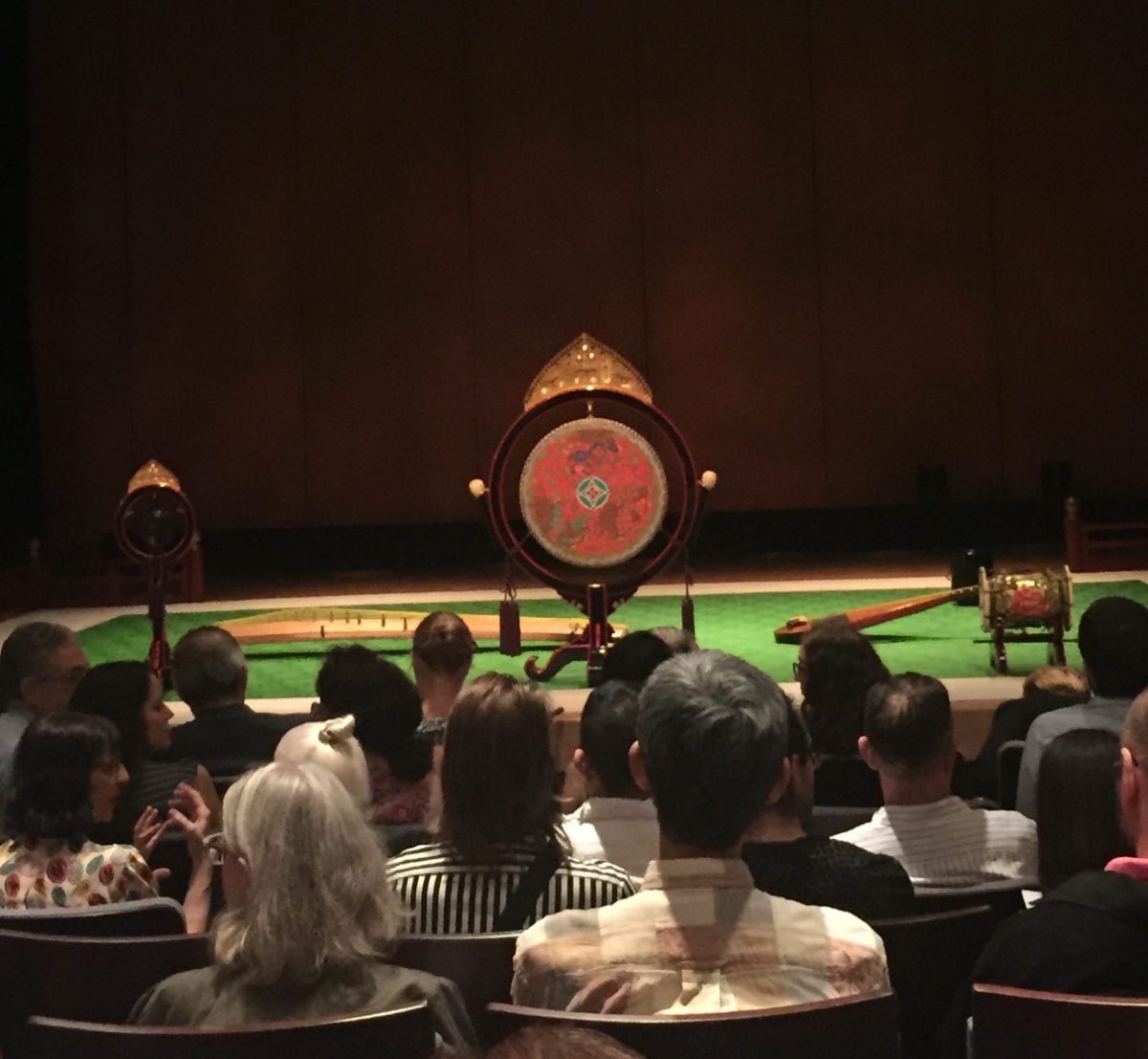 I’m taking a break from all this portfolio stuff to talk about something fun I got to do recently.

Over the past 2 years or so, I have been learning about Japan and Japanese culture. Going farther back, I’ve been interested in Asian cultures for many years, having joined Asia Society Texas many years ago.

The Japan Society, decided to dedicate some of it’s programming this year to have an imperial focus, in part due to the abdication of Japanese Emperor Akihito.

Japanese society being what it is, there are many ceremonies and rituals when a new emperor ascends the throne. They involve, among other things, music. And the fun thing I go to do recently was attend a performance of Japanese court music.

Gagaku, characterized by long, slow songs and dance-like movements, is the oldest of the Japanese traditional performing arts. It is performed at banquets and ceremonies in the Imperial Palace and in theatres throughout the country, and encompasses three distinct arts. The first, Kuniburi no Utamai, features ancient Japanese songs, partial accompaniment by harp and flute and simple choreography. The second consists of instrumental music (especially wind instruments) and a ceremonial dance developed on the Asian continent and subsequently adapted by Japanese artists. The third, Utamono, is danced to vocal music whose texts include Japanese folk songs and Chinese poems. Influenced by the politics and culture of different periods over its long evolution, Gagaku continues to be transmitted to apprentices by masters in the Music Department of the Imperial Household Agency, many of whom are the descendants of families with deep roots in the art. It is not only an important cultural tool in confirming Japanese identity and a crystallization of the history of Japanese society, but also a demonstration of how multiple cultural traditions can be fused into a unique heritage through constant recreation over time.

There are 3 types of musical instruments: Wind, String, and Percussion. I’m not sure if all of these instruments are included in every Gagaku performance, but these were listed in my program.

These are the wind instruments.

Gagaku translates to “elegant music” and that’s probably the best way to describe the sound of the Shô. You’d probably recognize the sound if you heard it. It’s a “mouth-organ”.

When I was watching the performance, the shô players rotated their instruments over some kind of urn. I thought it was something to catch extra moisture, like spit-valves in trombones. I learned from the video below that the shô has wax inside where the mouthpiece is located and these urns have small pieces of coal in them, which the musicians rotate the shô over to heat up the wax.

The Gakusô is a type of Koto, which is a 13-string instrument and is the national instrument of Japan. Modern kotos are derived from the gakusô used in Gagaku performances. I couldn’t find a great photo, but the wikipedia article where I found this info is interesting.

The yamatogoto, or wagon, is another type of Koto. But it usually has only 6 strings or so. It’s also considered fully native to Japan, unlike the other types of Koto which were imported from China.

Shôko is a kind of small, metal gong that sounds like someone tapping a iron/stainless steel skillet with a drumstick. The taiko is a kind of large, hanging drum. It’s struck with big, padded mallets. The kakko is a double-headed drum that’s beated with skinny drumsticks. (Shakubyoshi look like 2 wooden sticks. To be honest, I don’t remember these but maybe I was watching something else.)

These are photos I took after the performance. The theater lights helped them turn out really well! 🙂

Our program didn’t include much information about the dancing portion, but UNESCO comes through again. Here’s a video that goes much more into the dance portion of Bugaku.

When I was there listening, I felt like I had been transported into a Kurasawa film. In particular, “Dreams” from 1990. And specifically, the scene in the peach orchard when all the dolls come alive.

I love this movie a lot but I have found throughout the years that this particular scene is very difficult to find online (for free).

Anyway, if you are looking for more information on Gagaku and Bugaku, here’s some information:

This is wonderful. Simple and elegant. 20 YouTube videos of people playing music in the key of b-flat. Haunting and beautiful. 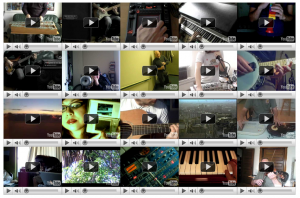 My moral takeaway: We may all be playing different instruments, but we are still playing the same song. It just takes some work to be able to hear it.

Saw this today on npr.org