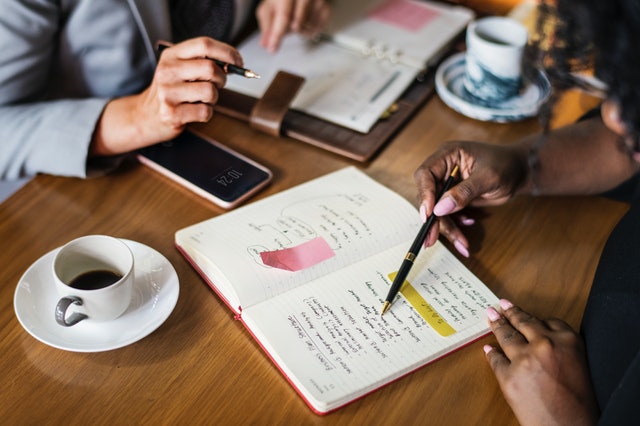 Here again is another recap of my notes on a Lynda course. This course was called “Holding Yourself Accountable”. I confess that I first thought this course would be really cheesy. But it actually came in handy for me. You can read about that at the end.

As will all posts with my notes about Lynda videos, what follows is not a comprehensive recap of the video. These are just notes I took while watching. If you’re curious about the individual videos, click through to the course page and check it out.

Holding Yourself Accountable by Dorie Clark

Dorie explains the difference between accountability and responsibility: Responsibility refers to what actions it is your job to do. Accountability is being held to account for actions; ownership. Regardless of position.

Why focus on accountability? Think about what you want people to say about you when you leave a room.

Get Help to Hold Yourself Accountable

Get back on track by:

Embrace the Identity of Accountability

Conclusion: How has this course helped me?

On a recent client project, I had trouble getting the client to commit to dates. And the client was often slow to respond to emails. It would have been easy to let my frustrations overtake my emotions and allow myself to let the project lapse and the timeline go on and on.

But I told myself that I wanted the project to succeed. I was going to make sure it happened. Using this course and the lessons from another course, I focused on the outcome I wanted. I composed emails that made my short and long term goals clear. The client responded and the project eventually concluded successfully. I am now looking forward to my next opportunity to display accountability in personal and professional projects. 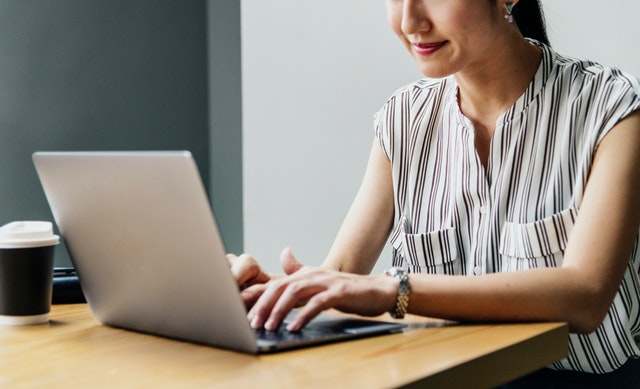 In a few posts, I’m doing a write-up of my notes following a Lynda course. This course is less than 40 min, but I thought it had some good tips, shown below.

Getting to the Point

Here’s an example: I’m afraid I didn’t get a response to our letter on June 15 about booth space. A prompt reply would be appreciated as we are trying to finalize our travel arrangements. Thank you.

Rule of Thumb for Following Up

If you ever find yourself stuck with what to say, try recording yourself speaking then transcribing your message. 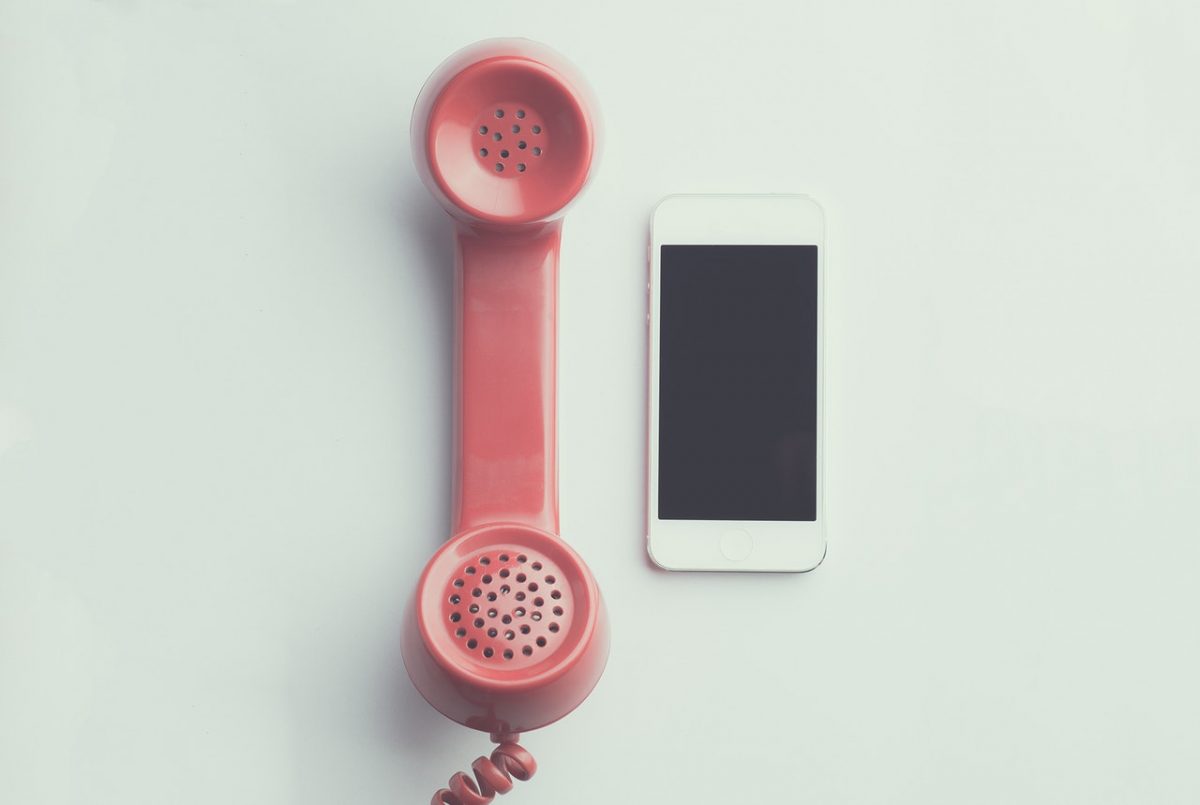 After giving a few recommendations to an acquaintance about my favorite online learning platform, Lynda, I recently watched one of the courses I suggested called Interpersonal Communication. This course is taught by Dorie Clark, who teaches several other business communications courses.

I don’t always take notes, but this time I took a decent amount. I am hoping that re-writing them on my blog, this will help me remember in the moment. (It also helps me throw away some of the papers piling up on my desk.)

1. How to Make Requests Effectively

Dig your well before you’re thirsty.

2. Communicating by Phone or Email? 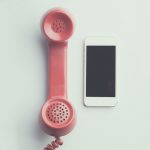 If it’s a boss or power broker, do they have an opinion or a preference about which they prefer? If so, choose what they prefer. Otherwise, some tips on email vs phone, and benefits of each:

3. How to Interpret Non-Verbal Cues and What to Watch Out for In Yourself:

4. Communicating with Your Supervisor

Get the guidance you need:

Notes on when to speak up in meetings and when to listen:

Can occur in cross-cultural scenarios when some culture explain things with direct language and some use indirect. Ex: Germany (direct), the US (mostly direct), and Japan (indirect).

In addition, some cultures are very formal and others are more informal. Ex: In the US, using an honorific title like Director or Chairman to refer to someone is way too formal, but some countries it’s standard.

The most important rule is: know who to take feedback from! There are only two sources of feedback:

If it’s anyone else, their opinion is not important.

9. Communicating as an Introvert

The office is optimized for extroversion, but you can play to your strengths:

If you’re interested in this course, here’s an overview:

Communicating effectively isn’t an innate talent that some people have and others don’t—it’s something that anyone can learn and practice. In this course, learn strategies that can help you hone and master your interpersonal communication skills.

Join personal branding and career expert Dorie Clark as she shares techniques for getting your message across effectively in the workplace, and explains how to tackle potential communication challenges with your colleagues and supervisor. She also discusses how to grapple with tricky situations, taking you through how to handle interruptions, respond to critical feedback, and communicate across cultures.

This course was released 6/13/2017 and rated “Beginner” skill level. So fairly recent and open to everyone. Also it’s only 37m 7s, so easy to fit into a day.

I saw a few more courses I didn’t know about on her author page, about how to hold yourself accountable and body language for women — also around 30 minutes. Maybe I’ll take those and write more notes.

A recap of my recent experience with an intermediate JavaScript course on Lynda.

Much of the course was focused on regular JavaScript. I’m glad I’ve spent so much time studying JavaScript, because a lot of basic things didn’t need to be explained for me in this course.

Although I know about the DOM, using HTML, this focus on the DOM using JavaScript was an interesting approach. For instance, traversing the DOM (with classes and IDs) was fun:

This selects the 5th child of the body, then the 2nd child from that. This is almost like using CSS selectors to select parent and child elements.

One of the things I love about Lynda is that they recommend additional courses to learn more about related topics. A few courses the instructor recommended included:

They may have updated it, but I’ve already taken the JavaScript Essentials course before, so I’ll check if the others are already on my list. Angular is past version 2 by now, but maybe it’s easier to get started with that version.

Continuing with my ongoing education in design, I focused recently on typography and layout. And I went through two Lynda.com courses to do it.

Those courses are called Learning to Set Display Type and Learning Graphic Design: Set Perfect Text. They are both taught by John McWade.

The classes John McWade teaches are exceptional because he is such an excellent instructor and quite good at explaining the concepts he is trying to get across. I recommend both of the classes I mentioned above, as well as other classes in the Lynda library by this instructor. Here are previews of these two courses.

Neither of these classes include exercise files. But after watching both of these courses I was inspired and motivated to try my own type projects, to put his advice into use.

It sounds basic, but I wasn’t aware that some fonts have additional glyphs that can be used instead of the regular font. Bookmania is an example of a font with tons of extra options for letters.
I also learned about justifying text, using hyphenation and spacing to help words fit. I also learned about using hair-spaces and thin-spaces, and using drop-caps.
Actually, the class doesn’t go into how exactly one would create a dropcap. So, I turned to YouTube – or as I like to call it, the second internet – to find another tutorial.
And I found one. This one is actually by another Lynda instructor, Anne-Marie Concepcion. She makes it look so easy.
As soon as I learned how to do this, I wanted to try it right away. Voila!

Type Stuff I Made

Now we’re getting to the fun part. First is the dropcap I made after watching the YouTube video.

In this one, I was able to move the text corners so that the text flowed around the dropcap R. Looks cool.

I like to collect stock photos – I know, it’s a bad habit – because I think that someday I’ll use one for a project. So, I end up with many stock photos that I don’t use. (Sometimes I use them here on my blog.) Well, I was finally able to put a few to good use.

The first is this nice “Man in a suit putting on a tie”. I wasn’t sure what I was going for. Maybe a book cover or magazine spread. But, I think what I have is some sort of flyer concept.

This image uses Bickham Script Pro, which has tons of fancy glyphs, and Didot. Didot has a certain fashionable sense to it, and I think it works. I wanted this to have a bespoke aura about it, yet still masculine. The italicized Dido, and the extra swirls from Bickham Script Pro help to get that across.

In this case I wanted to use justified type, as John McWade had shown in his course. I stuck with Minion Pro, because it was easier to work with. And I added in a few random elements – a few numbers, some quotes, some pronouns – just to incorporate some of the lessons from the course. One thing I wasn’t able to replicate was keeping the subsequent letters from the word in the dropcap closer than the other words on lines 2 and 3. InDesign just wasn’t cooperating for me.

But I did enjoy this project. BarryW90-Black and Thin are highly stylized, very technical-looking fonts. I was inspired to find a new stock photo for them. Something computer-oriented.

In my next post, I’ll talk about a few more projects in InDesign, and another type/logo(!) project I made for a fake company I invented called Apex Travel.